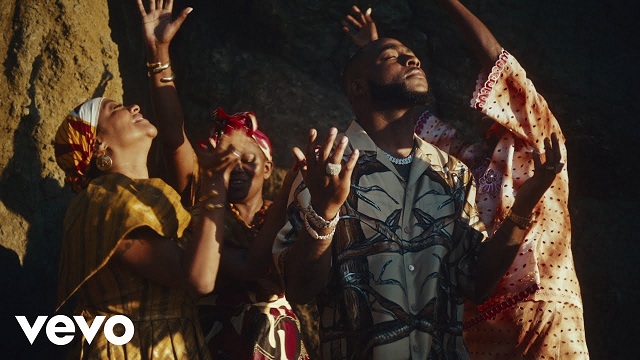 The vocal group is known for their world-renowned projects including Kanye West’s Sunday Service movement.

This uplifting track, produced by Pheelz is the first offering from Davido’s highly anticipated new studio album scheduled for release later this year.

Grounded in a powerful base of African percussion, “Stand Strong” delivers a spirited and optimistic anthem for our times, showcasing Davido’s musical evolution and offering an exciting glimpse at what is to come for his global fans.

The new track plays like a heartening 3-minute conversation of survival and battered optimism between Davido and his musical choral collaborators The Samples, understanding that the world we live in provides challenges but there is ultimate strength in love if we stand strong.

In a few weeks, Davido will announce his sophomore album which serves as a follow-up to  ‘A Better Time‘ album released in 2020.