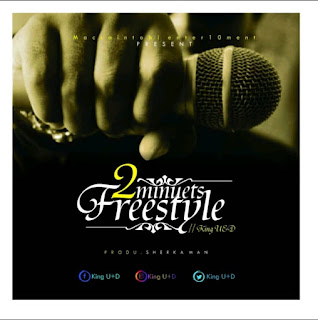 Enwereuzor Udoka Loveday popularly known as King U.plus D is son of omuma local govt in rivers state, king U.plus D is the 2nd son of family of six including both parents. Front line artist of mac saint obi entertainment was arrested by the Nigeria police two weeks after before his birthday with the
Accusation of drug imposition and conspiracy.After he was released he decided to drop a song titled “2 minutes freestyle” on his birthday 2nd .April