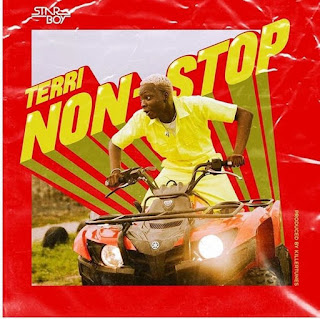 Starboy Entertainment wonder boy, Terri unlocks a brand new single and video which he titled “Non-Stop“.
Terri who recently appeared on T Classic‘s ‘Kana‘ now got a new single for the fans. The song serves as his third single for the year, following the release of his previous singles ‘Same You‘ and ‘On Me‘.
The Starboy singer once again shows his musical prowess and he delivers this outstanding joint, produced by Killertunes. The video was directed by highly skilled video director, David Anthony.