Domestic Abuse : I Should Have Spoken Earlier, I Thought He Was Going To Change – Lil Frosh’s Ex-Girlfriends Finally Speaks Up 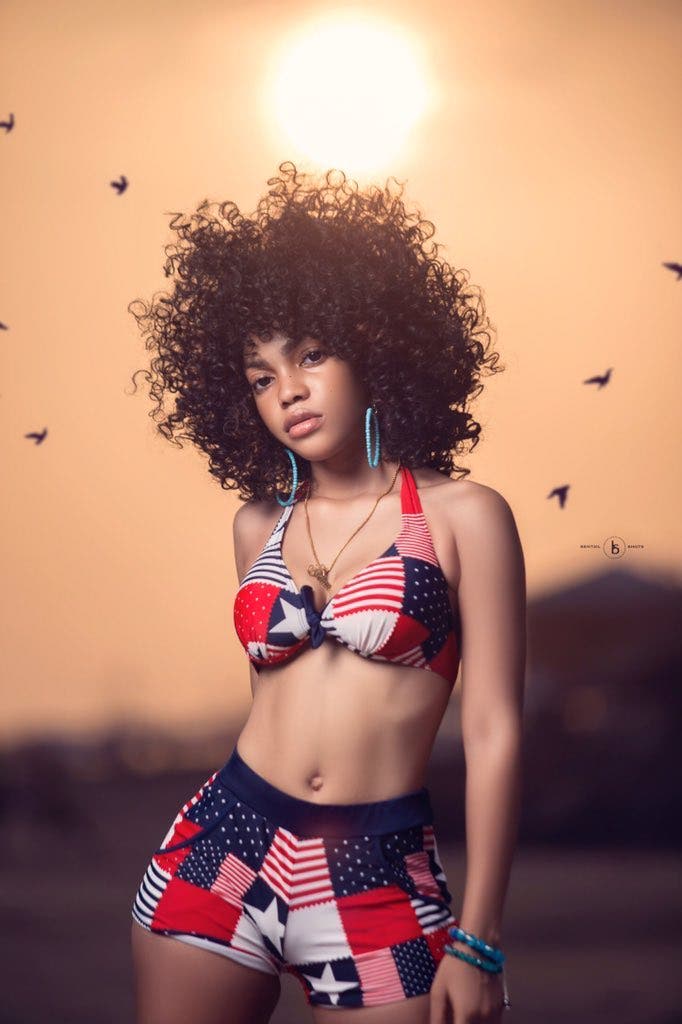 The ex-girlfriend of singer, Lil Frosh, has broken her silence after her management went public with the acts of domestic violence perpetrated on her by the singer.

In a post shared on her Instagram page today October 6, the young lady known as Gift said she thought the singer was going to change when the beating started but the change did not come. 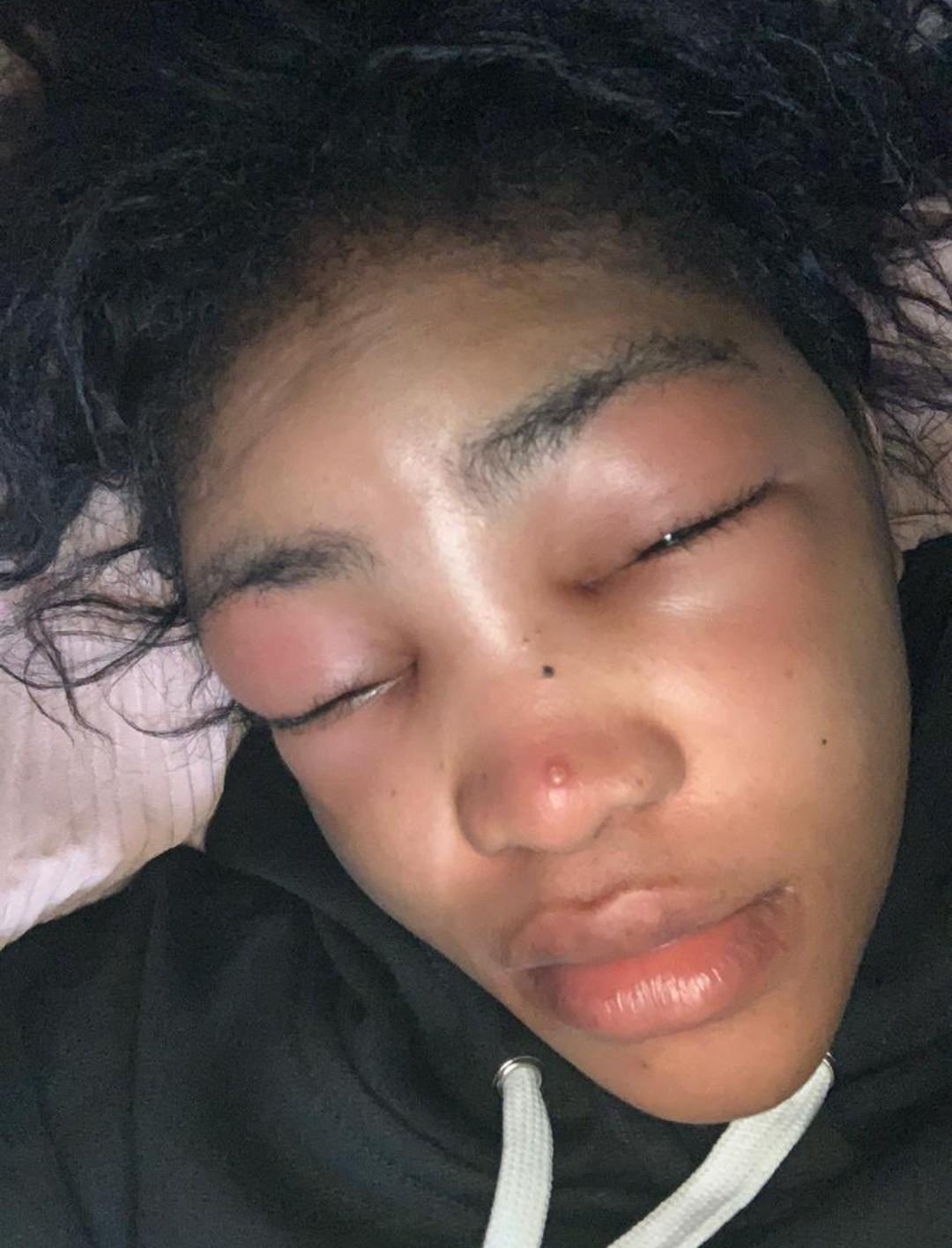 ”I KNOW I SHOULD HAVE SPOKEN EARLIER

@lhilfrosh and I have been dating for almost 10 months now and he has been abusing me physically, mentally and emotionally.

At first I sincerely hoped he was going to change but he didn’t, it started with stripping me off my friends telling me who to talk and who not to talk to.

It grew to him beating each time we had an argument,he’ll beat me, smash my phone,destroy my ringlight, pour me water even film me naked and threaten to post, he has done right infront of @okikidft and it continued

This happened last 15th of September, that led to the internal bleeding in my head, confirmed by the doctors.

My manager spoke on my behalf with my permission and he is not to be blamed for anything he didn’t beg me to go and meet him no one did,not even my family ,everyone advised me but I still did what i wanted hoping for change.

My family have been doing their best to get me in the best space and best health.

Thank you to everyone that has reached out to me, has supported, and stood by me,I’m getting better now.

JUSTICE MUST BE SERVED !!!” 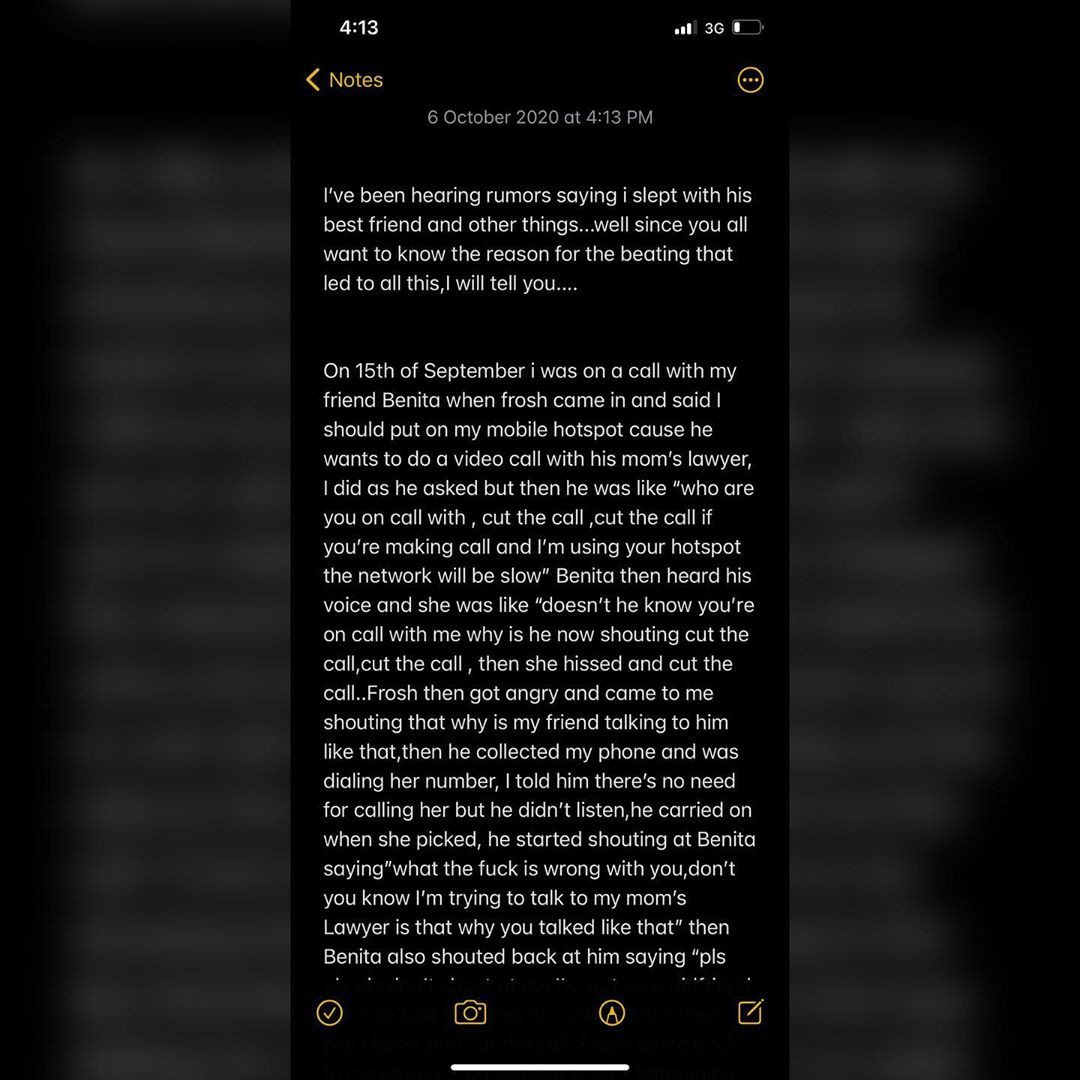 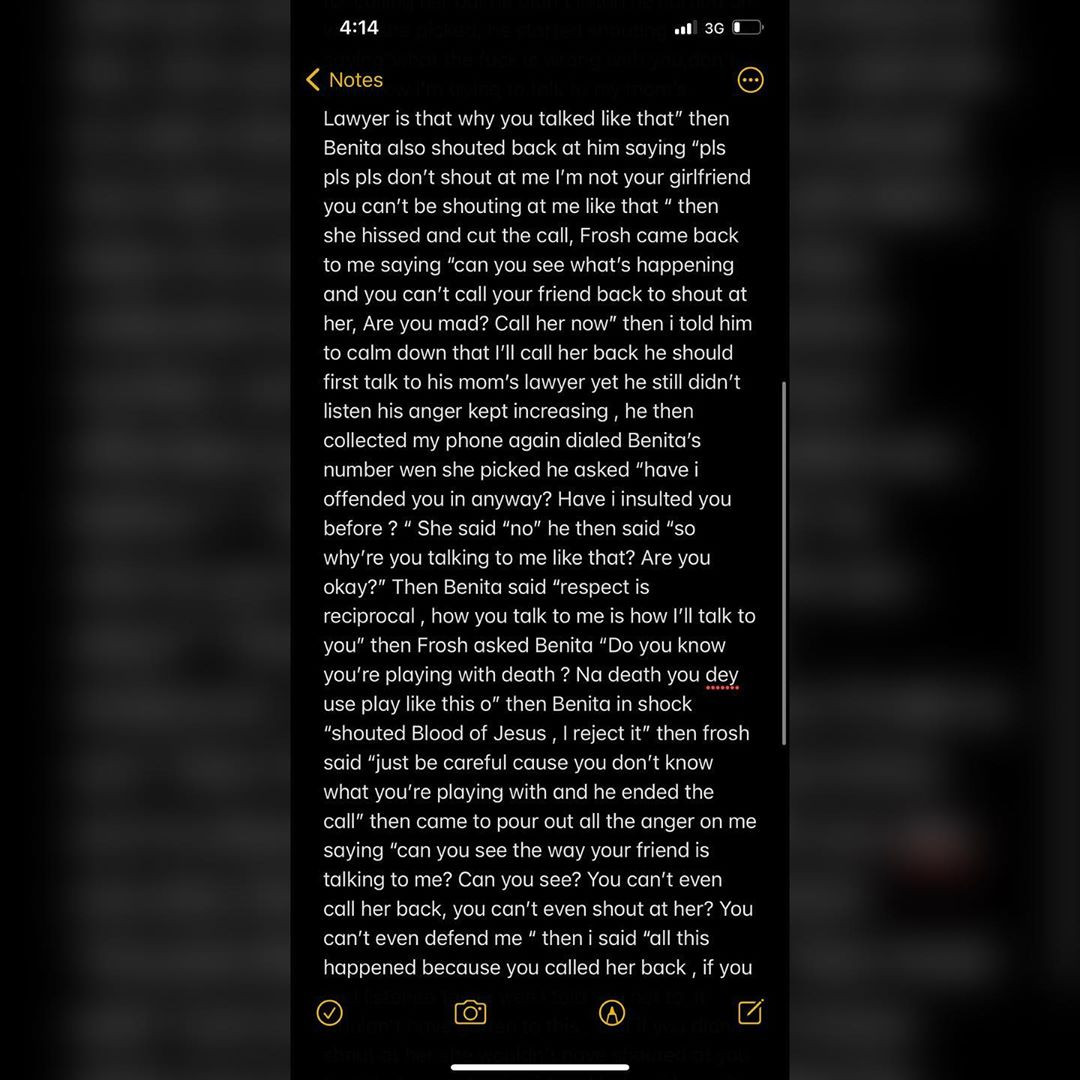 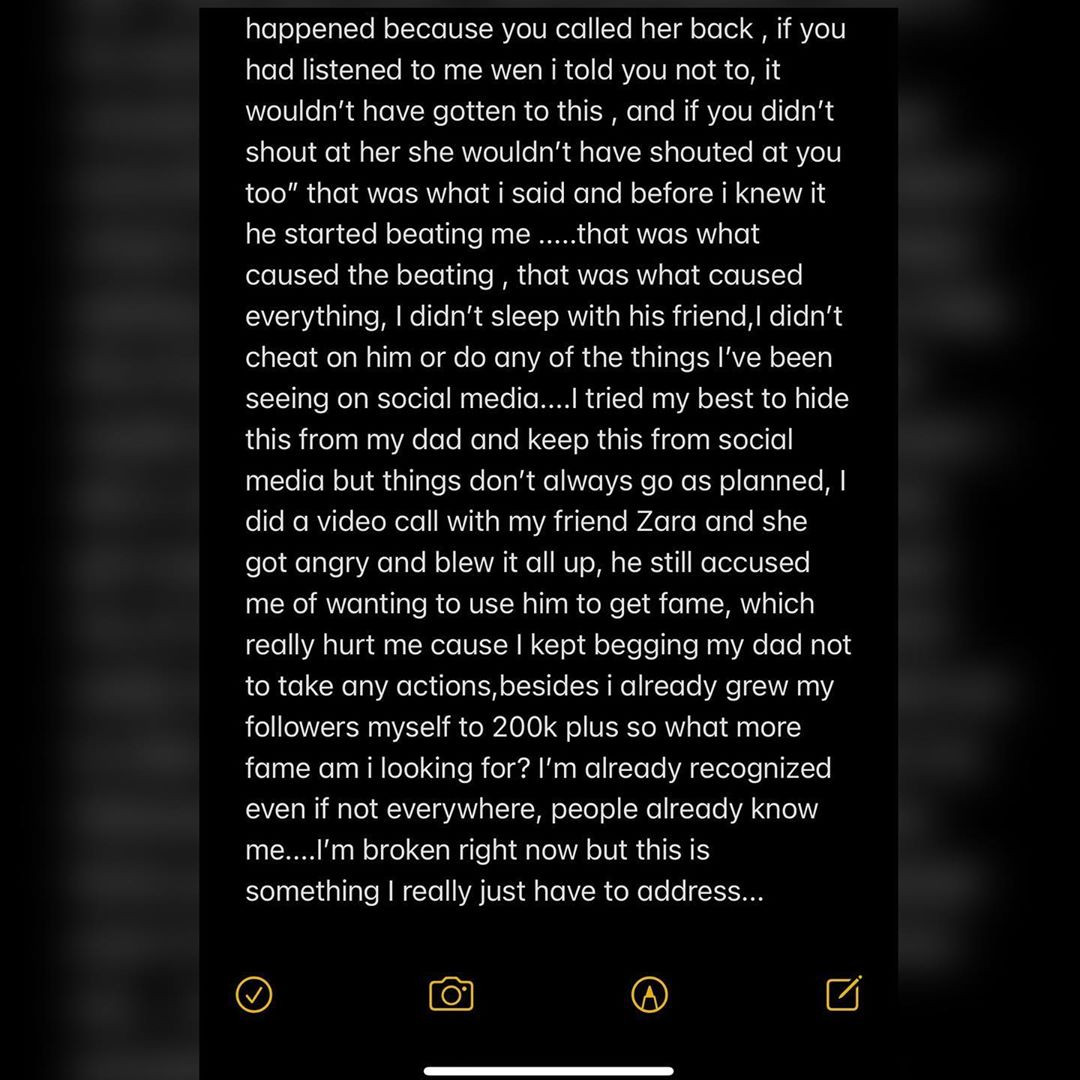 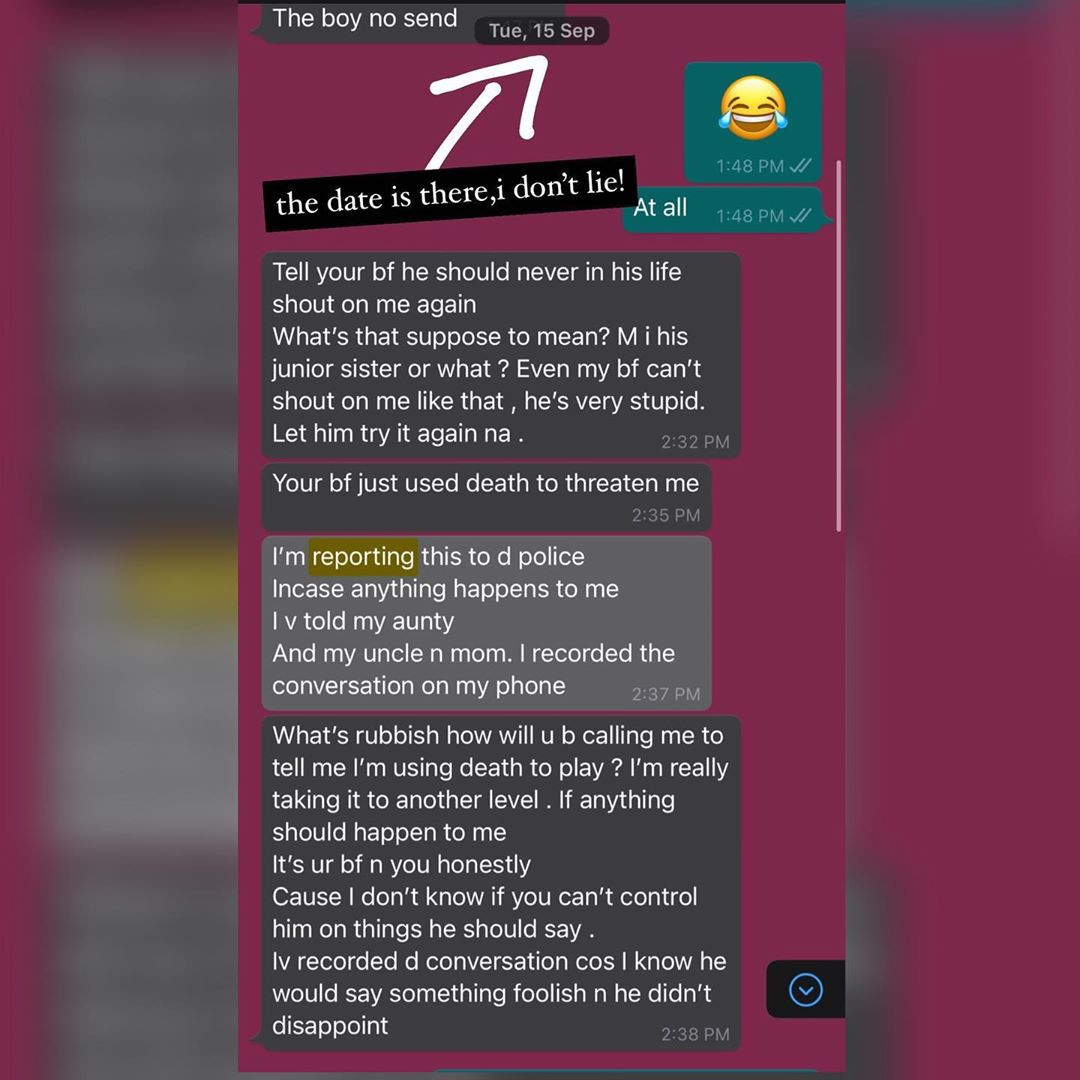