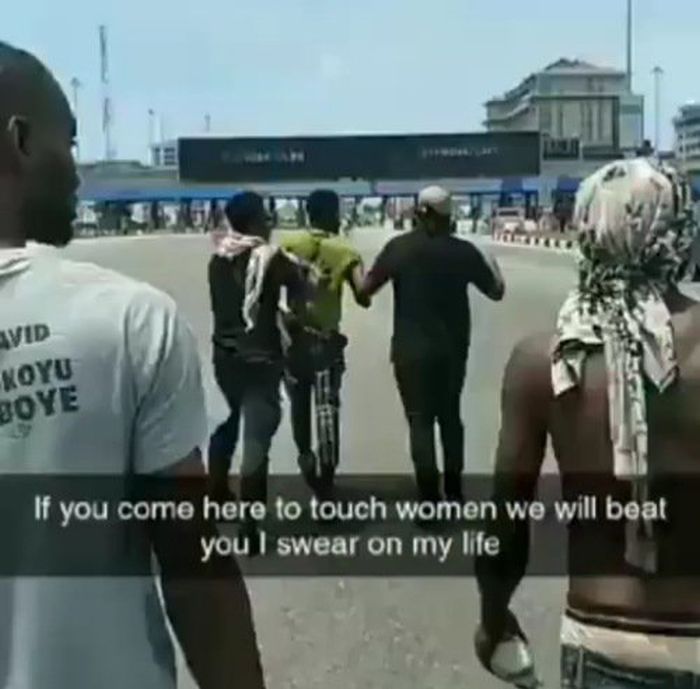 Protesters have given a young man the beating of his life after he allegedly touched a woman inappropriately, during #EndSARS protest in Lekki area of Lagos State.

In the viral video making rounds on the internet, a young man could be seen being seriously beaten by some men who alleged he was spotted touching a woman during protest.

The unfortunate young man who luck ran out on, received what could be best described as the beating of his life before he was sent away by angry protesters.