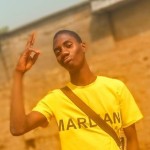 According to The PUNCH, the workers of the National Identity Management Commission have suspended their industrial action.

They suspended the strike which they embarked upon on Thursday over the fear of COVID-19 spread in the agency.

It was gathered that the workers decided to put the strike on hold after a meeting with the Federal Government, where it was agreed that the demands of the employees would be addressed.

The President, Association of Senior Civil Servants of Nigeria, NIMC Unit, Asekokhai Lucky, confirmed the suspension of the strike to our correspondent in Abuja.

He said workers of the commission across the country were being contacted to resume work by Monday and begin the enrolment of citizens for National Identity Numbers.

Tinubu Gave Me N2m To Fuel My Car – Sunday Igboho

Gunmen Shoot Soldier Dead and Cart Away Rifle In Delta