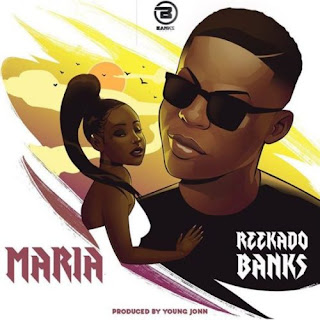 Reekado Banks releases his first official single under the new record label ‘Banks Music’. The new single is titled “Maria” and it produced by Young John.
The new CEO who left Mavin Records late last year to starts his solo journey by unleashing a new record which fans as been long waiting on. He taps on Young John the Wicked producer for a monster beat just like Kizz Daniel.
Listen, Enjoy “Maria” and share your thoughts about Reeky’s first solo single