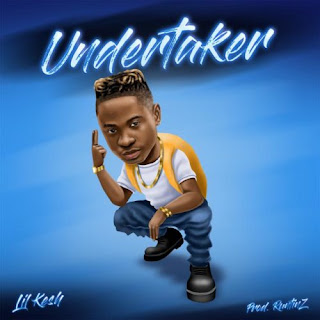 Mr Miyagi, Lil Kesh comes through with a new banger titled “Undertaker“. This will be Lil Kesh’s first single to kick start 2019.
After been dragged on social media and appearing on news for encouraging the pant/money rituals because his last controversial single “Logo Benz” featuring Olamide, Lil Kesh bounces back with this smashing single “Undertaker” which tells about the love he has for his lover.
“Undertaker” is a mid-tempo jam produced by Runtinz. Listen and Enjoy below