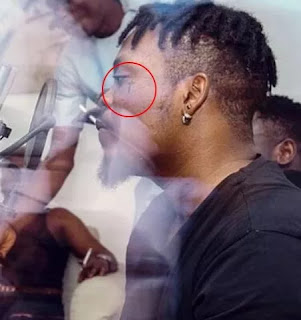 Olamide got a new tattoo on the face and it has been on him for quite sometime now and nobody is even reacting to it.
One of my homeboy  a Die Hard Olamide Fan per excellence saw this Olamide picture above and said to me “I started disliking badoo after he got that tattoo on the face”
At first I was like “Fvck your thinking” , cause that same tattoo on Olamide’s face was swaggalicious to my own eyes. But everybody has his/her own opinion though.
See another photo below:- 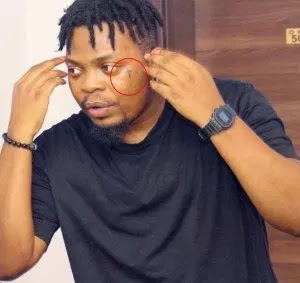