With These Achievements, Can We Say Davido Is The Hottest Nigerian Act Overseas Even Over Burna Boy? 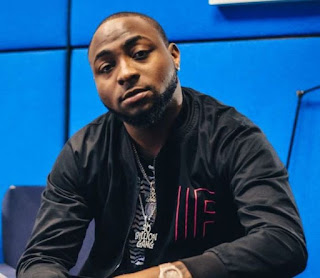 When you actually look at it from afar, the noise and buzz will make you think Burna Boy is the hottest overseas.
A Coachella festival performance, a BET win, an album released, an invite to Trevor Noah and Jimmy Kimmel shows and a whole lot of hype around him on social media.
But looking at it closely, Davido probably has done more in terms of that artiste who is representing Nigerian music well.

HOW CAN DAVIDO BE THE HOTTEST NIGERIAN ACT OVERSEAS?

In terms of concerts invites, Davido is probably one hardworking artiste who has one event he has to perform at week in, week out.
This month, he helped 50 Cent shut down the 20, 000 capacity Madison Square Garden. He was also the main headliner at the Oh My Music Fest which held in Amsterdam. Also, he performed at JCole’s Dreamville’s Festival.
Fall, his 2017 summer hit gained traction in the US, with the song appearing on many charts and also spending 14 weeks on the Billboard charts, becoming the first Nigerian song to have a long spell on any Billboard chart.
Did we also forget that Davido shut down the O2Arena earlier in the year and also his first single of the year, Blow My Mind became the first Nigerian song to rack up 2million views in 24hours.
When you compare these achievements side by side with Burna Boy‘s, it proves Davido as perhaps the hottest Nigerian act overseas.
Now guys I have a question for you

Do You Agree With The Title?

Is Davido Truly The Hottest Nigerian Act Overseas Even Over Burna Boy?