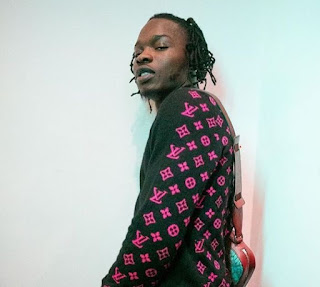 Controversial singer, Afeez Fashola popularly known as Naira Marley, has stated that the sky is big enough for every bird to fly, and he is in no competition with anyone.
He took to his twitter page to share these notions, he concluded by stating that nobody has to lose for him to win.
The UK based singer, known for his controversial music and lifestyle, blew up after his ongoing battle with the Economic and Financial Crime Commission (EFCC) after he was accused of internet fraud.
Read what he tweeted below:- 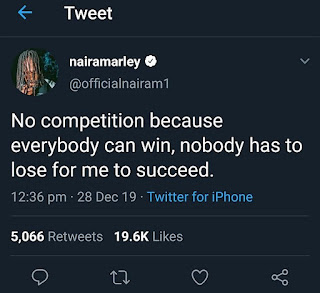