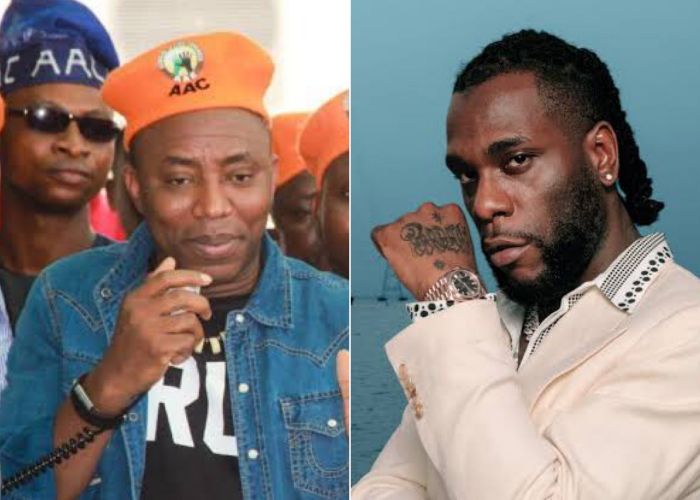 Former Presidential Candiate and Activist, Omoyele Sowore invited Burna Boy to join his Revolution Protest which will be taking place on Independence day.

Omoyele Sowore is known for organizing the ‘Revolution Now’ Protests and has been in a constant back and forth battle with the Nigerian Government.

Sowere via his Twitter page called on Burna Boy to join them for a protest as people have always compared him to Fela. Read Here

“Hello @burnaboy, everywhere I turn people describe you as a revolutionary musician, the foreign media even celebrate you compare you to Fela Kuti, but I am yet to see you lead anyone to a police station carrying a coffin for head of state! Join”

He also said that his mother’s family was also ostracized because of their connection to Fela. 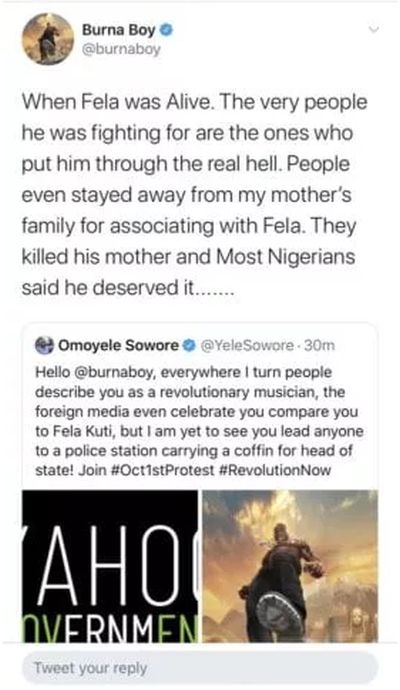 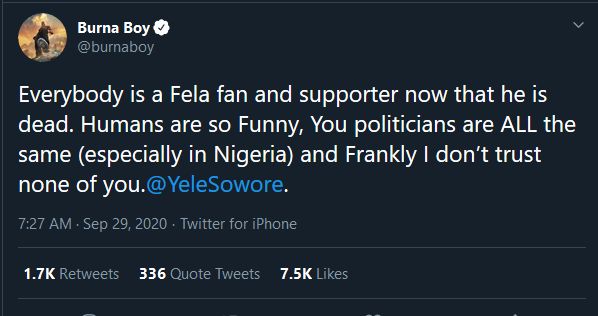 Burna Boy – How Bad Could It Be