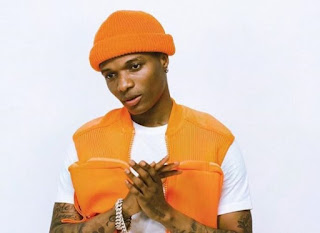 In case you are one of those people who have been asking what “Joro” means, then Starboy is here to answer your question.
Wizkid’s newly released single, “Joro” dropped yesterday and since it dropped many have been asking questions on what the word “Joro” means.
There have been a lot of interpretations of the word without a concrete and agreed arrival. However, while the research and debate on the meaning of “Joro” continued, Wizkid explained the real meaning in detail.
He revealed to Beats1’s Julie Adenuga that “Joro” means nothing at the initial question from the OAP. But as Wizkid thought for the second time, he then revealed “Joro” is just a slang that is used to call the attention of a girl to come catch some fun.

Watch the video below:-

Do You Agree With Wizkid That “Joro” Does Not Have Any Meaning?

Let’s hear from you all.
Drop your comments