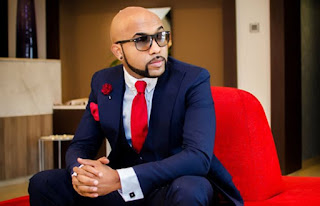 Nigerian RnB sensation and actor, Olubankole Wellington, popularly known as Banky W, has hinted his return into the music industry, saying he plans do drop one album in the coming year.
Banky W who went into politics in 2018 ran for the Lagos’ Eti-Osa Federal Constituency seat in Nigeria’s House of Representatives, under the platform of Modern Democratic Party, but lost.
One of the fans of EME label boss recently took to social media and tweeted about how much he misses Banky W the singer and urged the singer to release more music.
The fan, Francis Eluozo with the handle @Frannie_el tweeted, “Who else misses @BankyW the singer? I love @BankyW the actor, the politician, the activist but please sir still give us music. If you don’t want to do again, for goodness sake can you just make even if its one song a year, just one #@#@.”
Banky W in his response disclosed his plans to release an album in 2020, appreciating the massive love he still has from his fans across the country.
He tweeted, “#$$$ Okay.. I’m gonna do at least one more album, in 2020. Not sure if there are too many ppl who feel the same as you do, but thanks for this. I appreciate it.”