(A Must Read) Do You Think Naira Marley Is A Problem To Nigerian Youths? 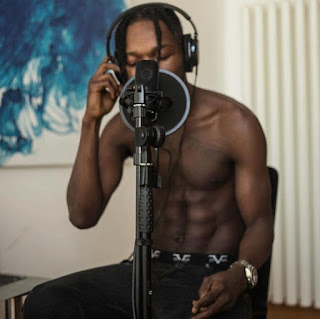 Hello, #TooxtraloadedNG?
How are you doing today and hope you are having a great day out there?
I will like to share my opinion on how Nigerians are currently consuming one of the most controversial artists Naira Marley‘s content even with the negative reactions from social media users.
I’m of the opinion that you should never trash, talk down a product that performs its purpose or renders its value. Though you may not like the quality or the quality might be reduced, so far the product is consumed for its intended purpose, so t cannot be trash so let integrate this analogy to the sphere of music.
If I, a music critic in my own right tag a project ” a little bit wack” (which I have never done) but the particular project succeeded to rank no1 in million of downloads, relate with millions of audience,
banging in clubs, radios, streets and all supposed platform then that’s my internal problem, it has fulfilled its intended purpose (To Connect With People) It isn’t any better to me even if it’s coming from the worst personalty.
Just like Olamide when Naira Marley blew up with his banger “Issa Goal“ which coincidentally came up during the FIFA World Cup, the song was actually one of the biggest song that year, the street felt they had finally taken over, young street artistes were also pressurizing the industry the likes of Zlatan, Chinko Ekun, Danny S, etc.
No one noticed they supporting an arrogant, unrepentant, No mannaz Artist. The artist who has come to remind the people why they don’t give the street, less privilege and uneducated the big platform
After returning from the United Kingdom he has been in one controversy or the other with little or no remorse for its consequences. Naira Marley, in my opinion, is a cunning individual that understands his target market which is why I and every music critics out there are threatened.
An artist that understands his listeners are a sect of rebels that have been neglected for so long and are in dire need of a hero, an artist that isn’t conforming to societal norms, an artiste that calls a spade a spade and stands by it, an artiste projecting more the bad than the good, an infamy, that’s why we are scared.
A man who has been crowned Mandela of the Nigerian Music Scene. He has made himself the King of the street. With all these praises, Is Naira Marley Really Our Problem?
After his EFCC Case, he dropped a single titled “Soapy” which has generated a cross-reaction from the public, so far the song is has been top chats and has been the street’s favorite.
As a Music Critic, I have observed that people who buy/stream Nigerian Music are a medium-class/Educated people that understand that artistes should get benefits for their creativity but these set of people come out on social media to criticize Naira Marley;
one question is who then gets him to no1 spot on most streaming sites, request programs, top Djs playlist, trends on social media and every other felicitating platforms you can think of?
It isn’t far fetched that Nigerians are the biggest self-righteous hypocrites of all time, they reject everything in public that they gladly accept in private, it is not rocket science why our nation is still a little less on the developing side.
When a song goes to the no1 spot on its first 5 days of release, it is understandable because of curiosity but when it stays longer than 3 weeks at the top 10 charts then you know these so-called self-righteous people are really the ones grooving to his songs and doing the soapy dance in the dark like it is crack
To book Naira Marley for a gig, it would cost you 2-3 million Naira depending on your location and right now, he is on high demand so you see things don’t add up.
If not the hypocritical posh people that swear his platform to the new generation is cancerous. Who do you think will play his songs, request every Dj to put his songs on repeat, following him on social media, feeding off his publicity, booking him?
One thing is almost certain is if we do not like his music we can end his career the same way we made it by not listening to him or his music.
We music promoters might not determine who listens to him but we can guess how long he keeps his relevance
Naira Marley has 3 songs on top streaming charts and getting booked all around the world by the so-called self-righteous hypocrites paying his bills.
I can boldly tell you  NIGERIANS ARE THE REAL HYPOCRITES!!

Do You Think Naira Marley Is A Problem Or Bad Influence To Nigerian Youths?

Drop Your Comments Below !!!