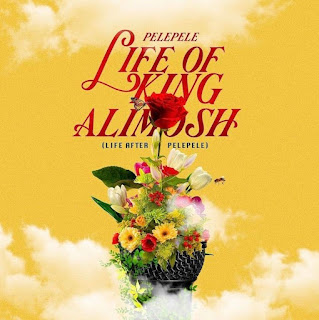 The late rapper, Pelepele highly anticipated album titled “Life Of King Alimosh” is finally here.
Management, Family of the late Makanaki has decided to give the rapper his respect by dropping the album he has been working on before he took his own life.
The album comprises of 18 tracks, 17 were written, recorded by the rapper before his demise, one of the track was a tribute from his allies.
Life Of King Alimosh features top acts like Davolee, Baseone, MrBee and many more.